Just yesterday I opened my inbox to find an email from my buddy Harry at Sarene Craft Beer Distributors LLC informing me that, with a wait time of only one measly sleep, I could spend more money on three cases of beer than I have ever before and be rewarded with some of the best stuff (fact more than opinion) being produced in the States right now. There are currently over 4,000 breweries in the US, fyi. The name of the brewery is The Ale Apothecary and referring to myself as being “thrilled” is the understatement of this still young century.
Reluctant as I am to let any of this impeccable liquid out of my grasp, it seems only fair to share it with you, good people of NYC, during my favorite week of the year; NYC Beer Week 2016!

(The Beer Formerly Known As) La Tache:
The Beer Formerly Known as LA TACHE is the table sour produced year-round by The Ale Apothecary. (TBFKA) LA TACHE is made of malted barley & wheat and Goschie Farms Cascade Hops. The hops are used only for aroma as the balance of the beer comes from acid produced by our house lactobacillus culture. She spends up to one year in our barrels during a long, relaxed fermentation prior to a month-long dry-hopping (yes, in oak barrels!). Our sensory experience is lemon citrus & fermented orchard fruit nose over earthy undertones. The palate finishes with soft lactic acid balanced by the malt body.

Carpe Diem Mañana:
It is a departure from our ‘standard’ line of ales that age for over a year in barrels as this beer is packaged within just a few months of brewing. It’s very hoppy (gasp) and is our fond testimony to a period of brewing history where creative and observant brewers noticed that with the use of fairly large quantities of hops, their beer would be ‘preserved’ and last a while longer without spoiling.
Or as the label states, “Wild fermented ale brewed in wine barrels with lots of hops”.

Sahalie:
SAHALIE is the flagship brand of The Ale Apothecary, brewed year-round of malted barley & wheat and Goschie Farms Cascade Hops. Hop bitterness and acid produced by our house lactobacillus culture provide the balance to the malt and oak structure of the beer. She spends over 1 year in our oak barrels during a long, relaxed fermentation prior to a month-long dry-hopping (yes, in oak barrels!). Our sensory experience is a tropical & citrus fruit nose of apricots, pineapple, and orange produced from yeast esters and hop oils. The palate is tart and pithy, combining earthy and herbal undertones that evolve as the beer warms & opens up within your glass.
Are you as excited as I am? My hands are clammy and my breathing is erratic. Tuesday cannot come quickly enough!!!! 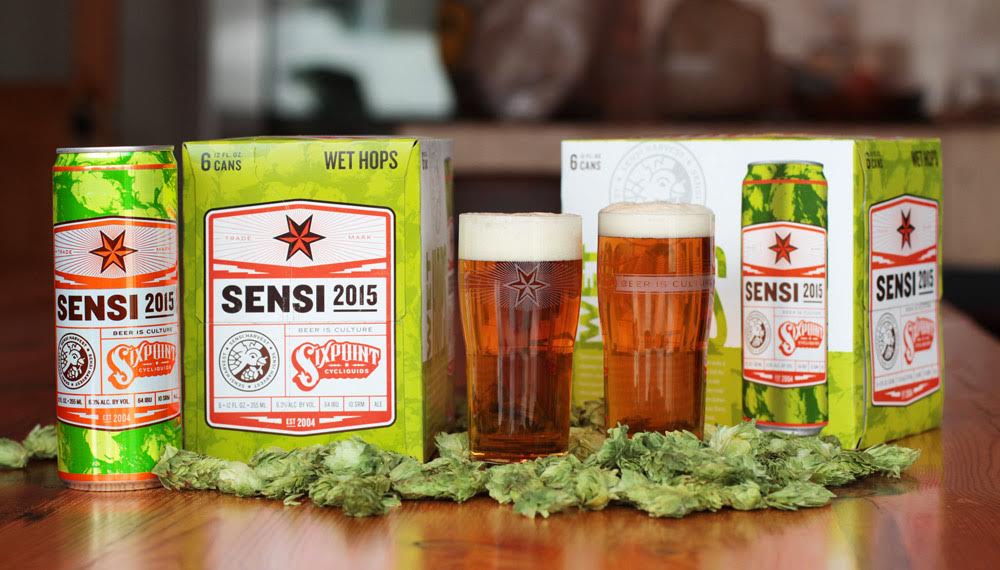