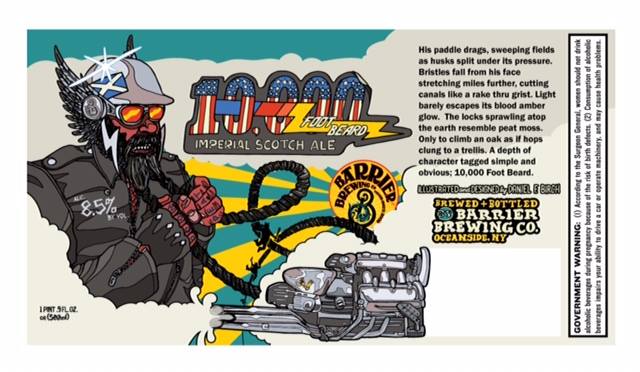 We are thrilled to be debuting Barrier’s newest beer, the 10,000 Foot Beard Thursday, January 28th when Barrier Brewing Company takes over the taps! Barrier is located in Oceanside, Long Island, and is one of our favorite local breweries – coming out with some of the best beers in the NY area. You’re probably already a big fan of the Money IPA like we are…so come and sample a great lineup, including the new batch of Morticia Imperial Stout just released!

We have a new “connection” at Barrier, with our own Carly now working as a rep there (don’t worry, she’s still working her usual shifts at St. G!). She’ll be behind the bar for the event and definitey made sure we got the most in-demand beers! Don’t miss out!

We’ll be serving free cheese to pair! Come and get it before it’s gone! Cheers!