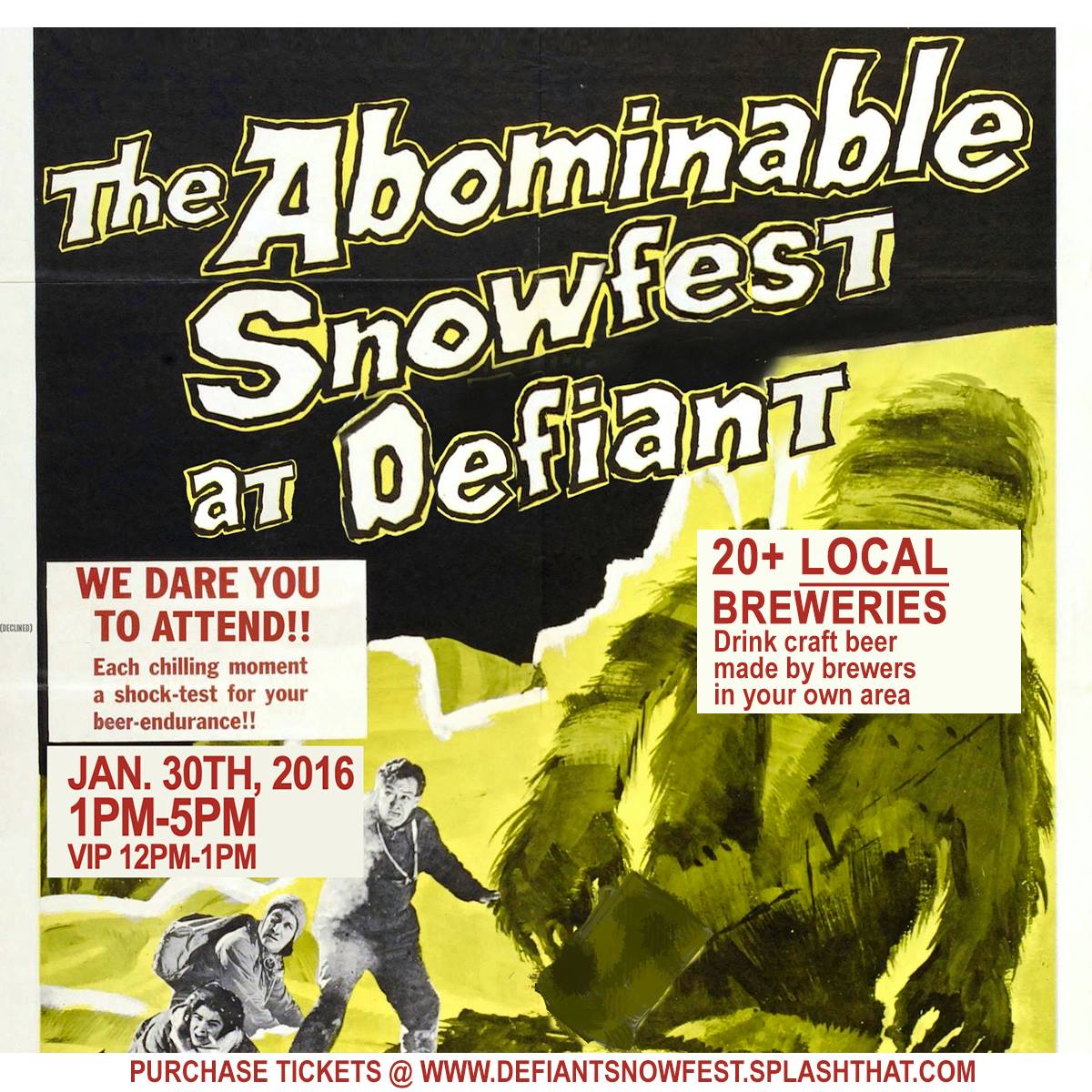 Here we go again… Next month on January 30th we are bringing back the Abominable SnowFest!!! If you joined us this last year, you know that it was a blast…. so we just have to do it again. We are bringing the beerfest back to the brewery with 20+ LOCAL breweries. Beer made in your towns, and counties. Come support your local brewer and party with us! Tickets are available at the brewery and online.