About six months after the original Tiger opened – in fact, nineteen years ago this month – there was a knock at the front door. It was late morning, and I was upstairs getting the bar ready for my handful of daytime regulars. Opening the door, I was confronted by this young guy with a raspy voice. He stuck out his hand, and said, “Hi, I’m Sam Calagione, and I’ve got some beer in my trunk that I’d like you to try.” This was the early days of the craft beer movement, and I’d avoided drinking beer out of a stranger’s trunk up to that point, but I liked the way this guy rasped at me in a confidential way, like what he was doing was highly illegal. Actually, selling beer out of your trunk is wrong on many regulatory levels, and I knew that. But there was something irresistible about the way this guy kind of sucked you in, made it seem like you were getting in early on one of the best things ever, a pyramid scheme like you’d never seen before. All I had to do was let him and his beer in the door. He’d take care of the rest. Really, there was nothing to be afraid of. It’s just a little ol’ five-gallon keg.

He was right – it wasn’t the beer I had to fear, it was the guy who’d made it, in 10-gallon batches, brewing I don’t know how many times a day. I should have known – anyone that committed was a force to be reckoned with, someone who could talk you into anything, which he did, over and over. I can’t tell you how many times I heard that voice on the other end of the line, saying, “So what do you think about this?” It didn’t really matter what I thought. As I learned very early on it was impossible to say no to Sam. “I’m thinking of carving out 100 gourds and bringing them to the Tiger, and using them to serve this great new beer I just made, Dogfish Pumpkin Ale. What do you think?” By the third word of that sentence, his voice had begun going through all my common sense like draino through hair, until I saw the same image as Sam, a lot of happy people drinking beer out of gourds, toasting and hugging each other, in a true kumbaya moment.

And like all of his ideas, the gourds worked for a while, taking people to a pumpkin heaven only Sam could see. And then human nature took over, with some help from alcohol and residual sugar, and suddenly the gourds were empty and soft, and everyone in the room saw something that Sam couldn’t see – gourds flying through the air, smashing into people’s faces. It took a while to clean up that night, and we never did get rid of the faint smell of pumpkin spice that clung to the walls. Yes, I’ve know Sam for a long time, through many twists, turns, triumphs, and the inevitable aftermath that’s always worth it. I think part of Sam’s genius is creating moments we remember for the rest of our lives, memories that will follow us to our grave.

It’s hard to believe Sam and Dogfish are celebrating their twentieth anniversary this year – seems like just yesterday I was drinking that first glass of Shelter Pale Ale, secretly wondering if the guy bouncing around on the other side of the bar was dangerous. Yes, but only with the best of intentions. So please join us next Weds, Nov 18th, at 3pm, as we help Sam celebrate a tremendous milestone – I haven’t got that call yet, so I have no idea what he’s thinking, but I’m sure it will be memorable, and involve a big clean-up. I’m not sure how often Mr. Calagione will be making live appearances at the Tiger in the future, so you better get in on this one while you can. 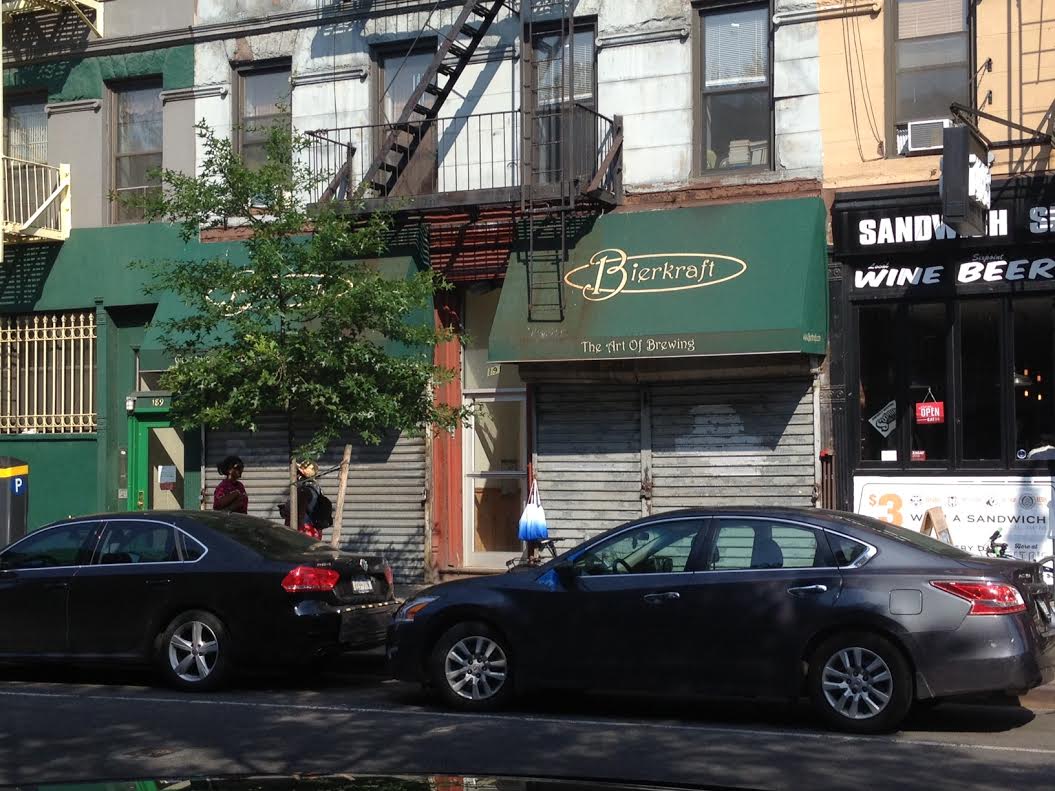 Say It Ain’t So: Bierkraft Closed Unexpectedly After 13 Years in Park Slope