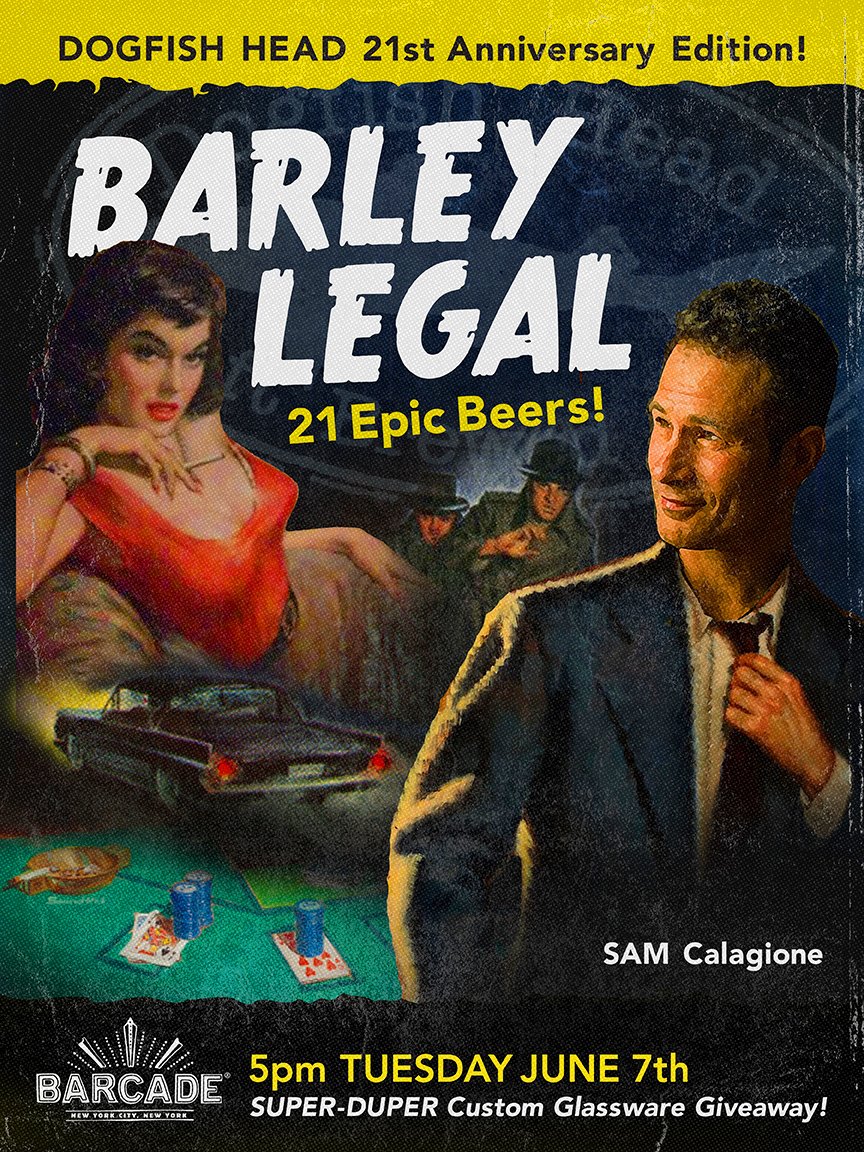 Please join us on Tuesday, June 7th, as we welcome Dogfish Head from Milton, Delaware in celebration of their 21st Anniversary. Founder Sam Calagione will be in attendance, alongside an epic list of 21 beers from Dogfish Head’s 21 years of brewing. Additionally, the first 100 patrons to order a Dogfish Head draft will receive a free curved side pint glass!

Hope to see you there,