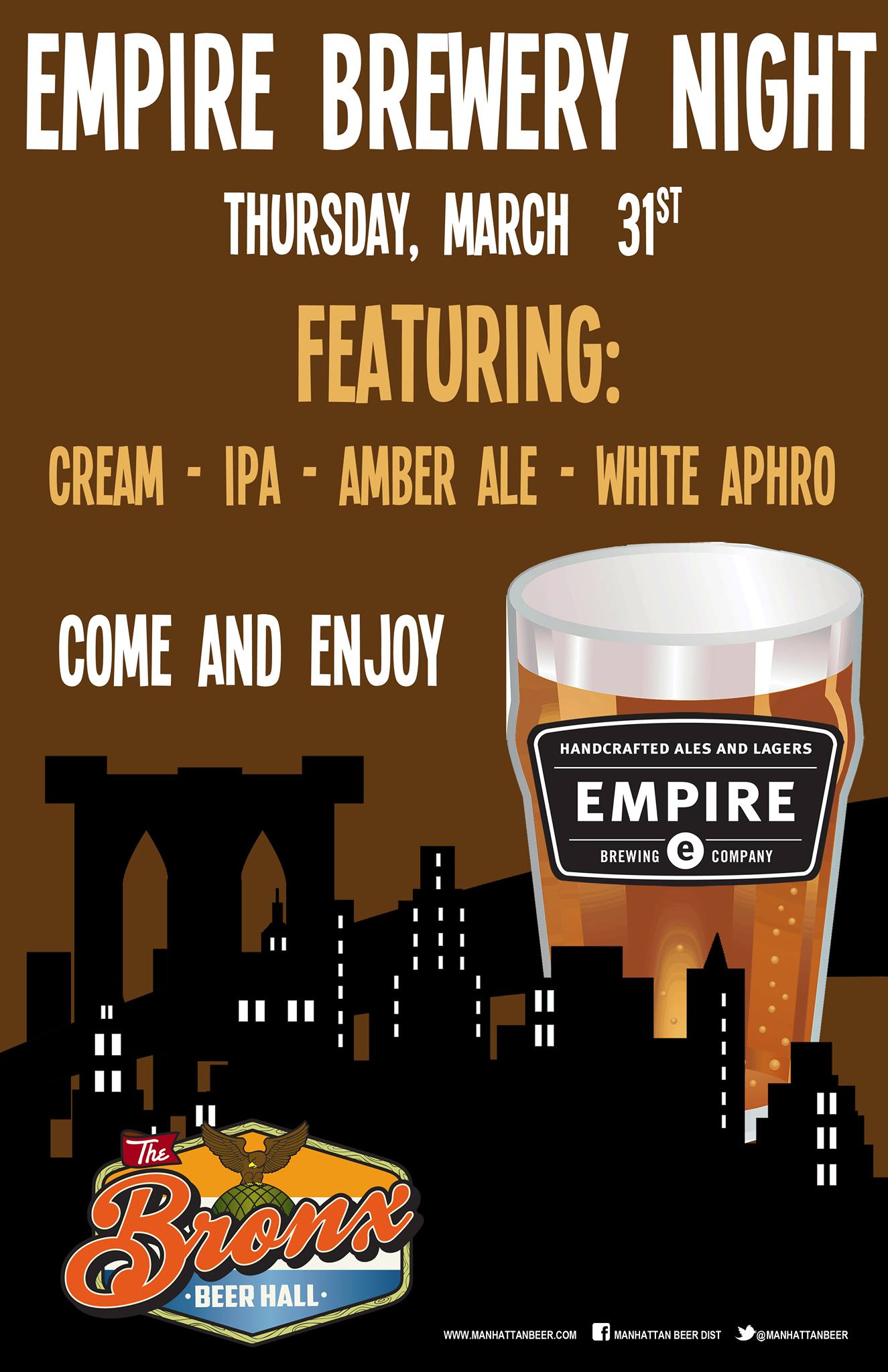 Hey New York! Come hang with us at The Bronx Beer Hall on Arthur Ave Thursday March 31st for an evening of Empire beers! We’re highlighting our four core beers White Aphro, nitro Cream ale, Empire IPA, and Amber Ale! With just a few months to go until we launch some of our new beers with the new brewery’s opening, we’re paying homage to the staples! It’s sure to be a night of fun, as you all know #THEBRONXDOESITBETTER!