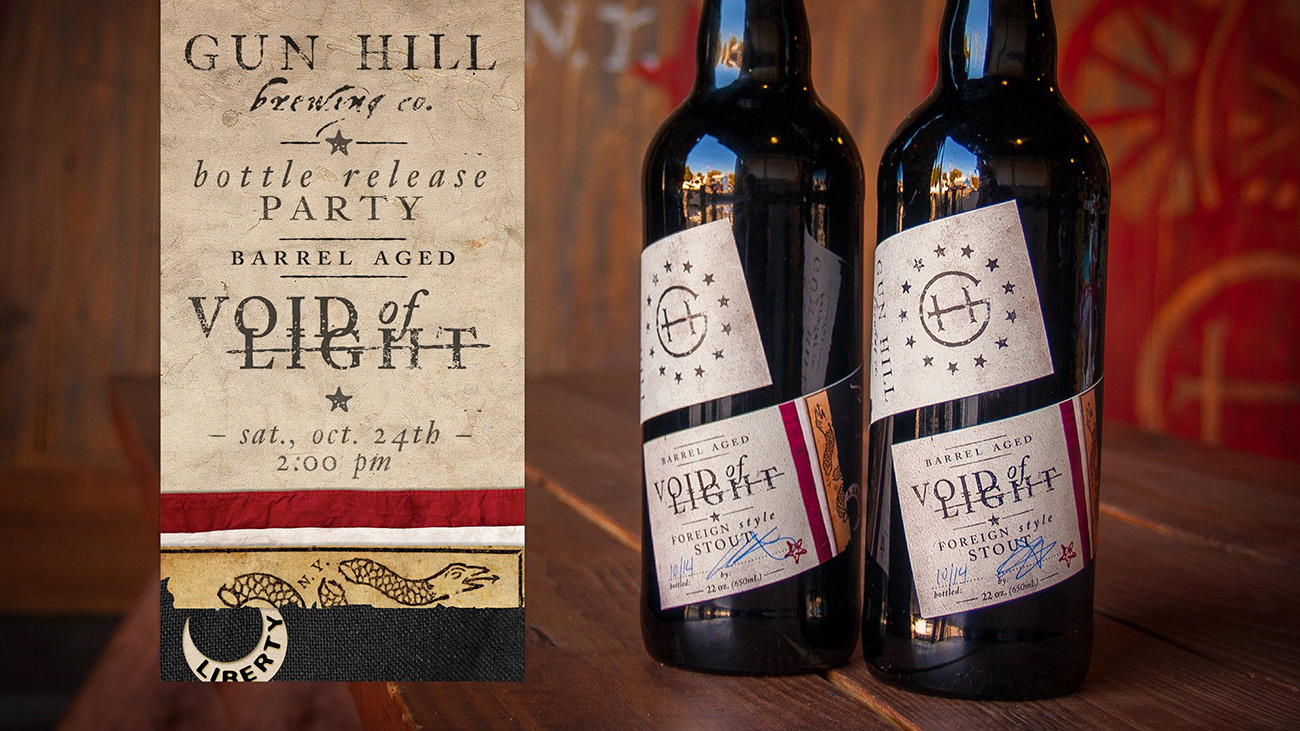 Stop by the brewery and grab your very own bottle of Barrel Aged Void of Light Foreign Style Stout. This is our very first bottle release, and we’re starting it all with out gold medal winning stout that has been aged in rye whiskey and rum barrels then blended together to make a very special brew that we’ll be selling in 22oz bomber bottles. Supplies are limited, $15 per bottle, and only 2 per person, make sure you get to the Tap Room early. We’ll also be tapping the last keg of this special beer.