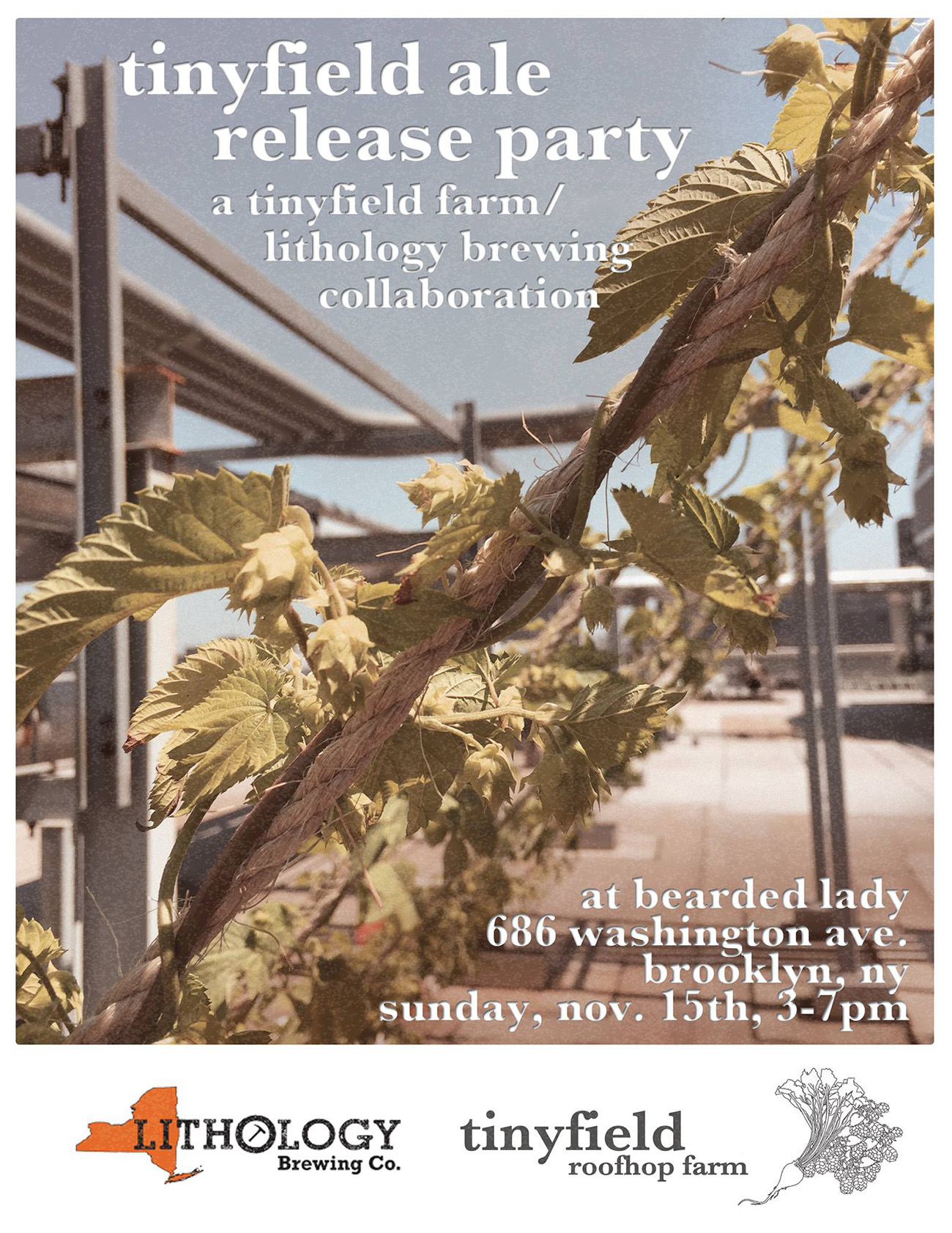 Tinyfield Roofhop Farm, located in Brooklyn, NY, and Lithology Brewing Company from Long Island have collaborated on a beer that is being released to bars in New York City this week. The local Farm Brewery has used hops grown by the women run rooftop farm in Brooklyn for their beer titled Tinyfield Ale, an Amber ale also brewed with local grains and yeast.

The brewery and the farm are having a release party for the beer on November 15th from 3­7 pm at the Bearded Lady located at 686 Washington Avenue in Brooklyn. One dollar of each pint of the Tinyfield Ale sold will go toward the farm to increase hop production for next season.

Lithology Brewing Company is located in Farmingdale, New York in an Alternating Proprietorship, sharing space with a few other startup breweries. The brewery is owned and operated by Kevin Cain, Marc Jackson, Manny Coelho and Lee Kaplan. The brewers utilize their scientific backgrounds and love of beer to craft balanced and drinkable beers using the best available ingredients. A licensed Farm Brewery, Lithology Brewing aims to source as many local ingredients as possible to create an exceptional drinking experience, and used all of Tinyfield’s first year hops in this special Amber Ale.

Tinyfield Roofhop Farm is owned and operated by Katrina Ceguera and Keely Gerhold and located on an old pharmaceutical factory in the heart of Brooklyn. The women currently grow over 60 Cascade hops plants as well as have a year round operating greenhouse on the rooftop where they grow salad greens and microgreens for local restaurants. Tinyfield’s mission is to narrow our foodshed by limiting food miles and increasing available fresh produce for the NYC community, and to connect the worlds of agriculture and microbrewing to create a localized, collaborative experience.