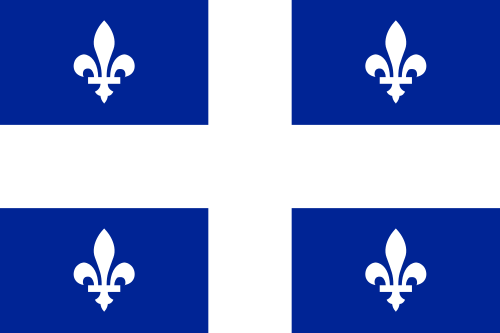 Quebec’s national holiday is Wednesday, 24 June when they celebrate St-Jean-Baptiste Day. The original celebration in 1636 included a bonfire and 5 cannon shots. We have neither bonfires nor cannons but we do have Quebecois beer! Join us at Blind Tiger for 3 kegs from Canada as we toast La Belle Province.

– Dieu du Ciel! Route des Epices – French for “Spice Route”, this is a rye beer brewed with both black and green peppercorns. Initially, the beer reveals flavors of fresh grain and malt, which give it notes of chocolate, caramel, and fruit. The pepper flavor and aroma are fully revealed in the finish, which leaves a pleasant, spicy, tingling sensation on the tongue.

– Trois Mousquetaires Gose – Based on the traditional Leipzig recipe, this sour ale is brewed using a salted water sour mash and is spiced with coriander seeds. True Gose is always sessionable and the Trois Mousquetaires version, made with 100% Quebec malts and German Mittelfrüh hops, weighs in at a respectable 3.8%.

– Trou du Diable Apocalypso – A refreshing and satisfying white IPA that combines the elegance of a Belgian witbier with the complex, hoppy character of an American IPA. Calypso hops dominate the aroma along with notes of resin, lychee, peppercorns, and pear. Its smooth palate is like a long-lasting wave of piney bitterness just asking to be ridden.