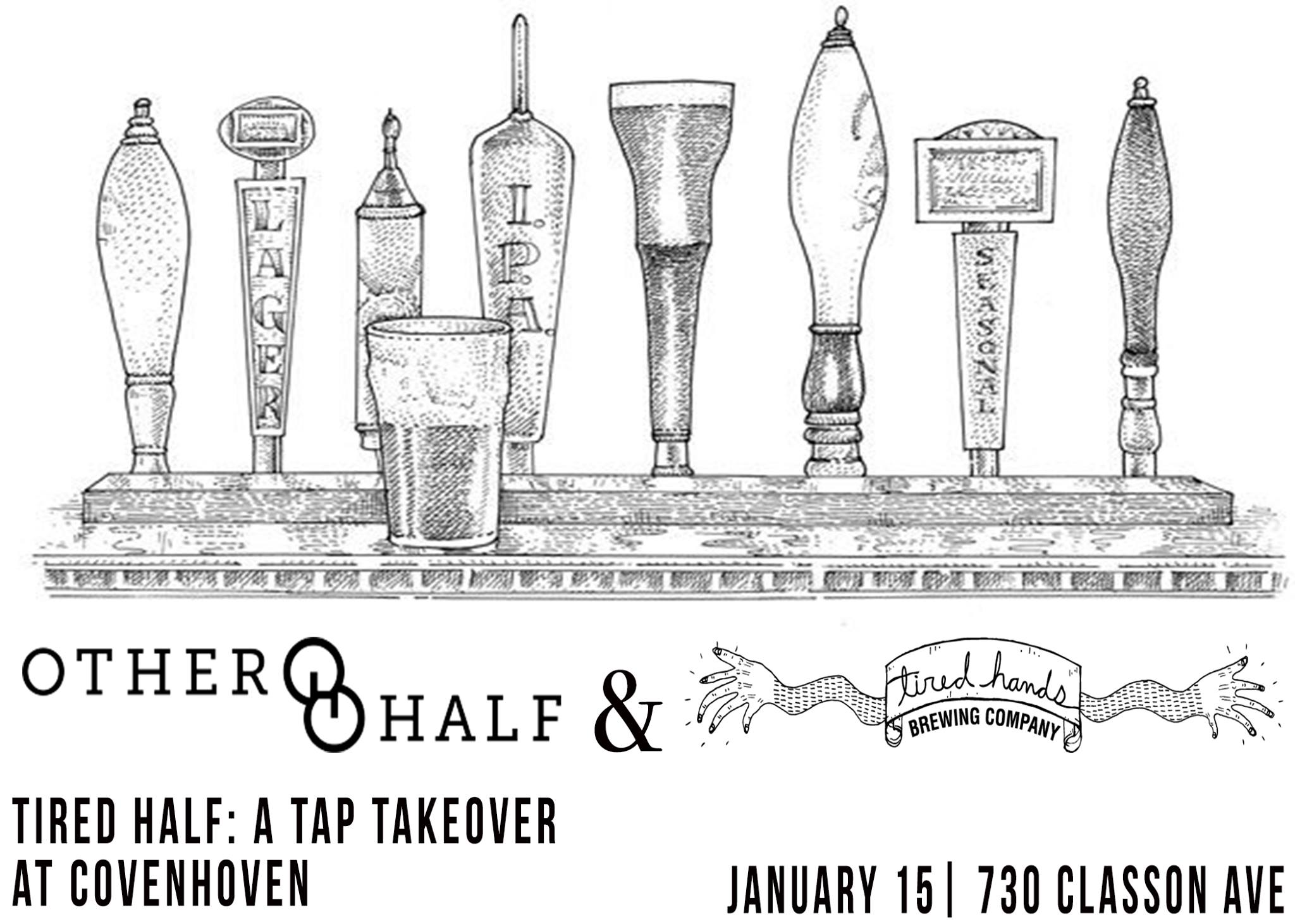 Tired Half: Tired Hands and Other Half Tap Takeover at Covenhoven

Beerded Ladies and Covenhoven are proud to present TIRED HALF, a collaborative tap takeover featuring Brooklyn’s own Other Half Brewing Company and Pennsylvania’s Tired Hands Brewing Company!

On Friday, January 15th, Covenhoven will host a complete 16-line tap takeover showcasing an amazing selection of rare and popular Other Half and Tired Hands drafts. The guys behind the beer will be on hand to welcome the crowd and talk about their creations.

About Other Half: Other Half Brewing Company was founded in 2014 by Samuel Richardson and Matt Monahan. They brew craft beers for draft consumption, bottles and cans in limited release. They believe local breweries play an important role in the community, which is why, despite the challenges of running a brewery in NYC, they couldn’t choose anywhere but Brooklyn as their home. The brewery is located on the edge of Carroll Gardens, only two blocks from the subway.

About Tired Hands: Located in suburban Philadelphia, Tired Hands Brewing Company was founded in 2011 in by brewer Jean Broillet IV. Their beers are equally inspired by the farmhouse brewers of France and Belgium and the pioneering, heavy handed, brewers of America. They produce their beer in small batches, twelve kegs at a time.