Georgia’s largest craft brewery, SweetWater Brewing Company, is set to debut in New York City this week as it expands into the Northeast.

SweetWater Brewing Company is the country’s 18th largest craft brewery, and is an anchor of the South’s craft beer community. Since opening in 1997, SweetWater Brewing has won 11 medals at the Great American Beer Festival, and was recognized as Small Brewery of the Year at GABF in 2002.

After launching in New Jersey last week, SweetWater Brewing is touring New York City as part of their rollout in the state. Below is a rundown of the SweetWater beers we’ll be seeing on draft in NYC beer bars, as well as a selection of events that are a part of the tour (full details on SweetWater Flows into NYC can be found here).

The descriptions and images below are from SweetWater Brewing Company. 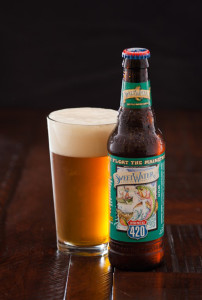 Our most popular brew! A tasty west coast style extra pale ale accentuated with a stimulating hop character. Brewed with 2 row, Munich and 40L malt and a heady dose of cascade and centennial hops. 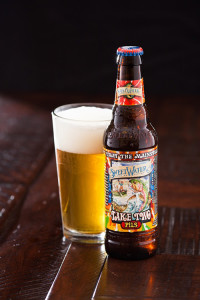 Take Two Pils is a step into an alternate reality for SweetWater, a head-first dive down the rabbit hole into the Wonderland world of lagers. This adventurous golden blonde German style pilsner is brewed with a mad hatter’s dose of spicy floral hops. It’s beautifully Bohemian in body, earthy in soul, and it’s moving low. Go ask Alice, I think she’ll know. 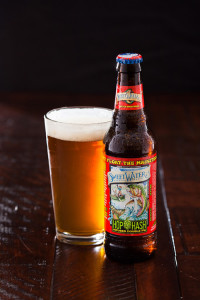 We scraped all the hash out of the Yakima hop pelletizers we could get our sticky fingers on to concoct the dankest double IPA out there. The pure hop lupulin, aka “hash” (the resiny stuff), meshes seamlessly with the 2-row, pilsner and wheat malts, allowing it to deliver a pungent punch to the palate. 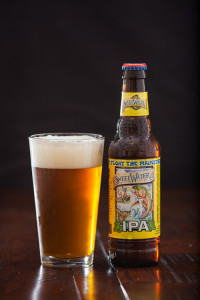 This mammoth India Pale Ale is loaded with intense hop character and subjected to an extensive dry-hopping process. Our IPA is unfiltered, leaving all the natural flavors intact. 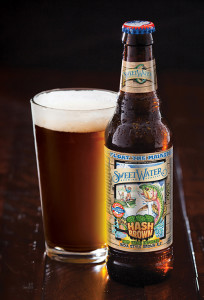 Oh me oh my… what did we do? We fired up the skillet to 420°, tossed in a sizzling concoction of 2-row, Wheat, Pale Chocolate, Cara-Brown and Midnight Wheat, then added in a hefty dose of hop hash and other dank-ish-ish-ish fixin’s to scatter, smother and cover this baby all the way.

Resiny, citrusy hops spice up the rich chocolate and caramel notes the malt brought to the mix, making this platter slide down the counter at 60 IBU’s.